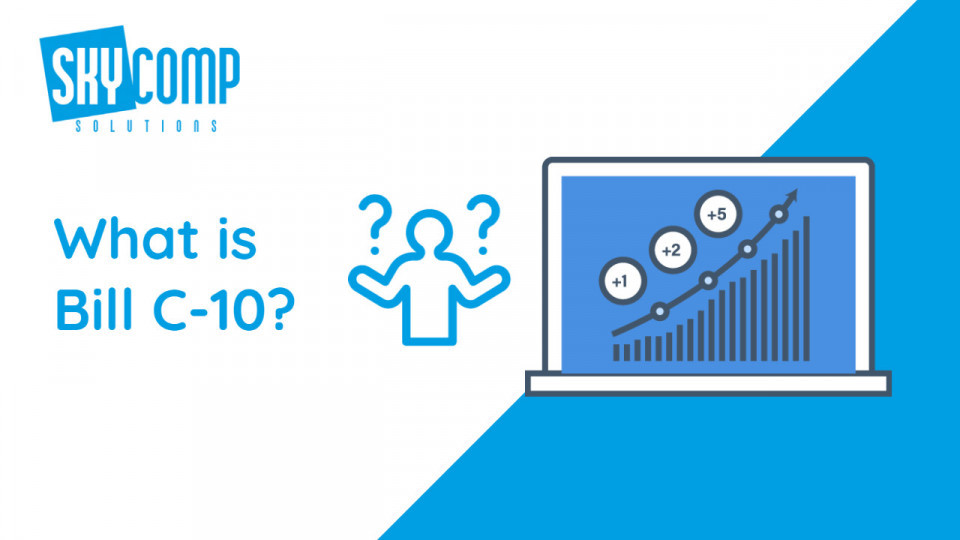 Bill – C10 What is it? And Why are People Concerned?

Net Neutrality is a good thing - Why would Canada want to change that?

When people start talking about Net Neutrality what does it mean? Net neutrality is the concept that all traffic on the Internet should be given equal treatment by Internet providers with little to no manipulation, interference, prioritization, discrimination, or preference given. Net Neutrality is a good thing, allowing people to post content and share freely anything they want. Right now, in Canada you can head to any website you want and watch, click, surf any content anytime. That is a good thing.

Some people might confuse Net Neutrality with a streaming service provider like Netflix or Amazon Prime, this is a different concept. They have a monthly subscription for providing a service. You can choose to pay for this service then have access to the content. This is not ‘Net Neutrality’ or Bill C-10. This is simply a separate organization billing for services.

What Bill C-10 wants to do is force streaming providers, webpages, and different online services to adhere to CRTC guidelines. Soooo many acronyms… Can’t we just put this into language that everyone will want to read and understand? That’s what Skycomp’s here for.

The CRTC is the Canadian Radio-television and Telecommunications Commission. These folks control how much Canadian content gets played on Canadian stations – Radio Television and Film alike. But since content has gone mainly to streaming services. The CRTC wants a hand in how much Canadian content is on these streaming services. If you’re an IT nerd like us, you must have a VPN and used that VPN to watch Netflix in the USA. Allowing you to watch shows that haven’t made it to the Canadian Netflix yet. With Net Neutrality nobody controls if you can do that, but the CRTC wants to force Netflix and larger streaming services, if they have an office in Canada, or are providing a service to Canadians, they want to be able to filter how much Canadian Content is at our fingertips.

If you can imagine Netflix with 35% Canadian Content on it, that would be cool, super great for Canadian Film and Television Professionals, lots of the American shows are shot in Canada Anyways… why not require more Canadian content or Canadian talent behind the content. Help our culture and media scene continue to grow and create amazing projects and features.

But there is a lot more to Bill C-10. Some experts say that this would also allow the CRTC to regulate other online content such as Facebook Posts, Tweets, Instagram posts, and YouTube content. Going against Net Neutrality and freedom of expression. This is a problem for us at Skycomp because we put out content all the time across all platforms. We don’t need the CRTC telling us what to post.

Lots of articles and blogs say that it is just because the government wants control and wants to take over and its all a big conspiracy to control all our social media habits. You might not care because you are not big into social media or streaming services, but it would affect a lot of different levels of content not just the ones we mentioned.

Before jumping to one side of the argument, lets take a second and ask the question – why does the CRTC need control over social content we share with our friends, family and loved ones? They don’t. Maybe Netflix needs to start giving more opportunities to Canadian Filmmakers and Television producers instead of the big names out in LA. Maybe its time for some great, Netflix funded Canadian content.

Don’t get us wrong, lots of great Canadian’s are out there, making great stuff – take a look at Skycomp’s YouTube Channel, but in all seriousness, read the bill decide for yourself if it is something that is important to you.

What happens if there is no net neutrality?

ISPs or (Internet Service Providers) may intentionally block, slow down, or charge money for specific online content. Without net neutrality, ISPs may prioritize certain types of traffic, meter others, or potentially block traffic from specific services, while charging consumers for various tiers of service.

How do you help Stop Bill C-10? You can start by reaching out to your local MP and talk to them about the issues you have with the bill.

It’s not too late, you can still stop parliament from passing this bill as they have one final vote to decide.